Final Trailer For THE MUMMY Is Here - We Are Movie Geeks

Final Trailer For THE MUMMY Is Here

Universal Pictures has released the final trailer for their upcoming summer monster movie, THE MUMMY. Check it out now.

Universal Pictures’ The Mummy Day, inspired by the upcoming action-adventure, will launch at 12 P.M. PDT on Saturday, May 20.

Audiences of all ages are invited to visit the enormous 75-foot, 7-ton sarcophagus, which will be revealed at the Hollywood & Highland gateway in Los Angeles. As well, The Mummy star Tom Cruise will be joined on stage by his fellow co-stars and director Alex Kurtzman to invite participants to enjoy The Mummy VR Zero Gravity Stunt Experience and The Mummy Escape Game at the complex.

THE MUMMY arrives in theaters, RealD 3D and IMAX 3D on June 9.

The largest single vertical structure ever assembled at the gateway, The Mummy sarcophagus measures 75 feet in height, 28 feet in width and weighs an astonishing 15,000 pounds. This extraordinary feat of engineering took two firms a total of eight weeks to construct, and scores of workers more than 160 hours to install. To prepare Princess Ahmanet’s sarcophagus for its revealing on The Mummy Day, the tomb required 18 wide-load tractor trailers to move all of the elements into place.

“The Mummy Day marks Universal and RealD’s way of inviting our guests to celebrate the massive and unexpected world of our film before it is released in theaters across the globe in a few weeks,” said Carpou. “Ahmanet’s tale marks a thrilling twist on a timeless legend, and I can’t wait to welcome all our fans—alongside Tom, Annabelle, Sofia, Jake and Alex—as this fearless warrior unleashes her power on today’s audiences.”

“The Mummy has been such a labor of love for the hundreds of cast and crew who have worked for the past few years preparing its big-screen launch,” said Kurtzman. “When we built Princess Ahmanet’s sarcophagus for production, we had no idea that a 15,000-pound replica of her ‘eternal’ resting place would one day find its home at the intersection of Hollywood & Highland. I can’t wait to celebrate her story with the fans on May 20.” 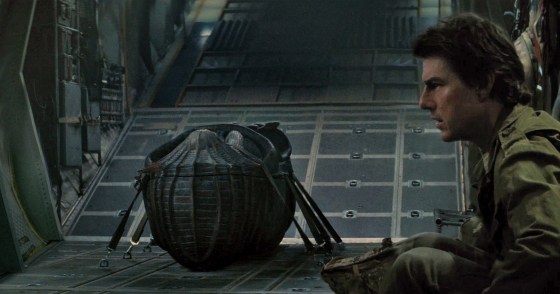 “The Mummy is cinematically spectacular with extraordinary action and visuals that are even more stunning and memorable in 3D,” said Travis Reid, President of Worldwide Cinema and Chief Operating Officer of RealD. “Erecting a 75-foot tall, 7-ton sarcophagus at one of the world’s most popular tourist destinations is the perfect way to launch this epic event. The 3D in The Mummy is mind-blowing, and we can’t wait for audiences to experience it on one of our more than 29,000 RealD-equipped screens worldwide.”

The Mummy Zero Gravity Stunt VR Experience goes behind the scenes with Cruise and Wallis as they perform the intense Zero G stunt as seen in The Mummy. This immersive VR experience is enhanced by Positron’s Voyager platform, featuring custom engineering and software, guided 360-degree motion control, head-tracked 3D audio and haptic integration—allowing guests to experience the world of The Mummy in a way they could only imagine.

In The Mummy Escape Game, an immersive live-action fan experience that also makes its world premiere at The Mummy Day, guests will be recruited as security guards and enter the sweeping story of The Mummy. They must solve interactive puzzles to save mankind from the revenge of an ancient princess who has awakened in current day. Ahmanet’s thirst for justice has spanned centuries, and players must outwit the fearless warrior to survive. Turning the storyline into reality by traveling through multiple rooms, up to 10 players work together within a 60-minute time limit to solve the puzzle and defeat the game.

Fans can tune-in and watch the revealing live on The Mummy official Facebook page and Fandango’s Facebook page.

Tom Cruise headlines a spectacular, all-new cinematic version of the legend that has fascinated cultures all over the world since the dawn of civilization: The Mummy.

Thought safely entombed in a tomb deep beneath the unforgiving desert, an ancient princess (Sofia Boutella of Kingsman: The Secret Service and Star Trek Beyond) whose destiny was unjustly taken from her is awakened in our current day, bringing with her malevolence grown over millennia and terrors that defy human comprehension.

From the sweeping sands of the Middle East through hidden labyrinths under modern-day London, The Mummy brings a surprising intensity and balance of wonder and thrills in an imaginative new take that ushers in a new world of gods and monsters.

The creative team on this action-adventure event is led by director/producer Alex Kurtzman and producer Chris Morgan, who have been instrumental in growing some of the most successful franchises of the past several years—with Kurtzman writing or producing entries in the Transformers, Star Trek and Mission: Impossible series, and Morgan being the narrative engineer of the Fast & Furious saga as it has experienced explosive growth from its third chapter on.  Sean Daniel, who produced the most recent Mummy trilogy, and Sarah Bradshaw (Maleficent) produce alongside Kurtzman and Morgan. 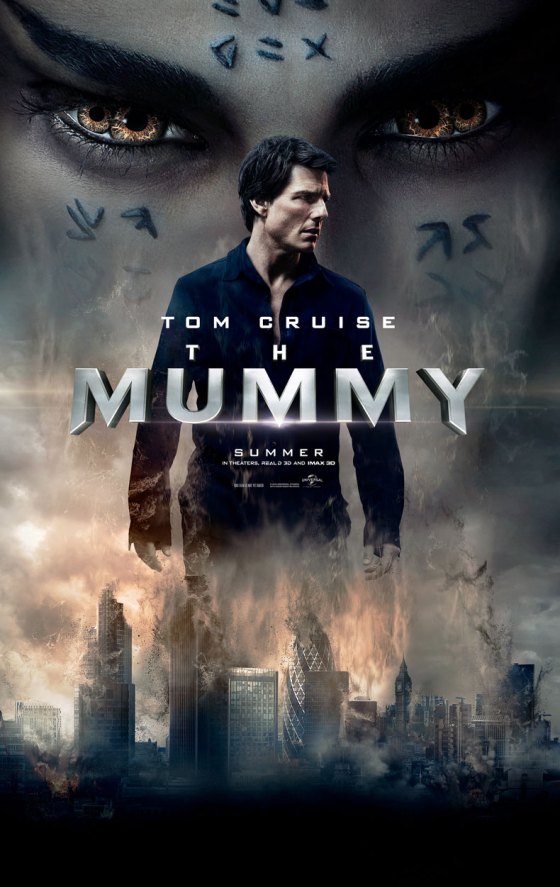